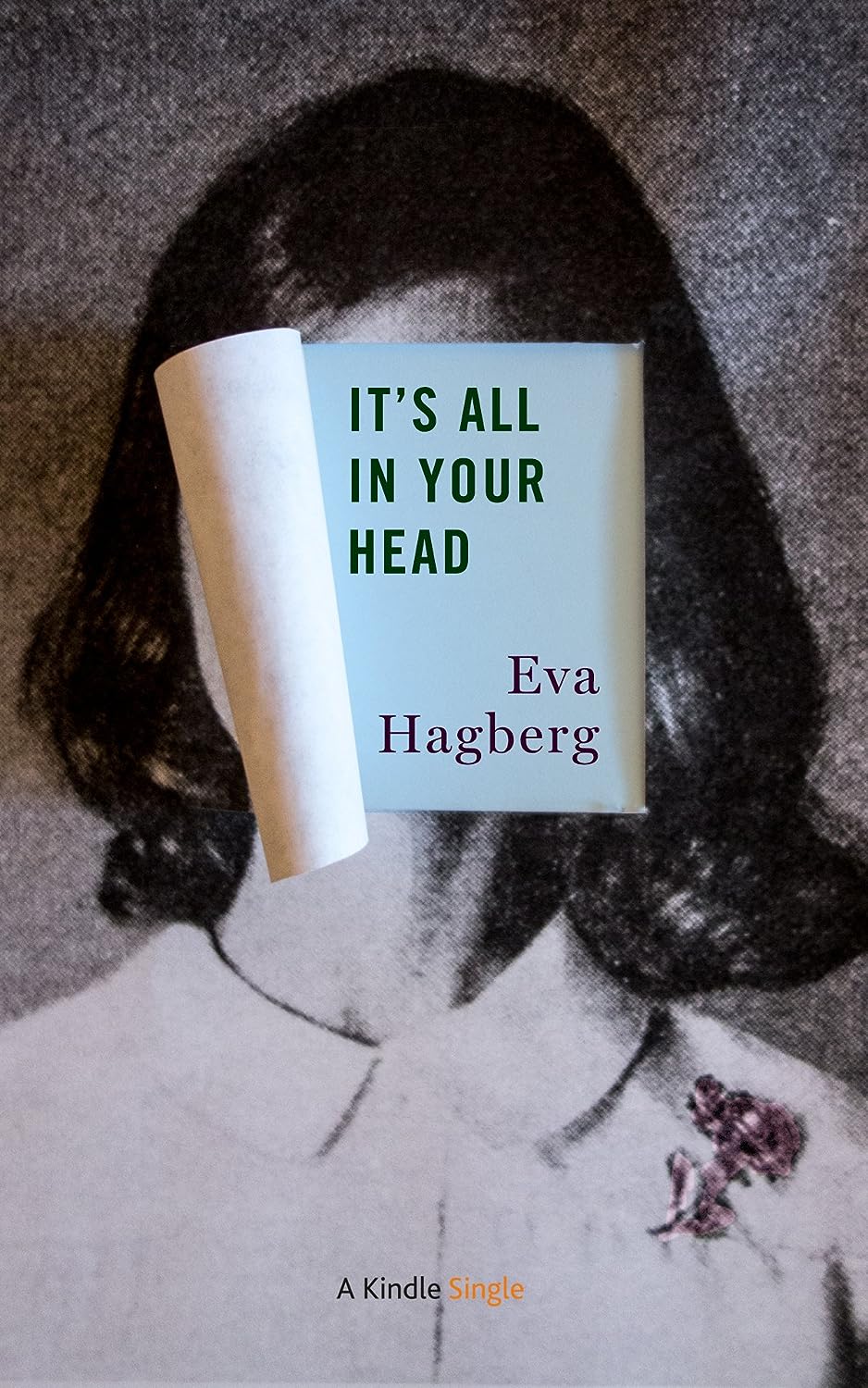 Need a haunting memoir to read? OK..this is of a nonfiction kind that you can get as a short for on $1.99 at Amazon.

BOOK DESCRIPTION: In 2008, after recovering from a few years of hard drinking and harder drug use, after building back up a life as a successful and happy New York writer, Eva Hagberg woke up dizzy. She spent the next five years searching for a diagnosis, a treatment, and most of all an answer. It was a journey that took her from a career as a New York City architecture critic to a bicycle-riding year in Portland, Oregon to graduate school in Berkeley, California. She saw internists, vestibular specialists, and endocrinologists. They all told her she was normal; that the way she felt was all in her head. When everything she thought she could try failed, she began to believe them, trying to heal through yoga, acupuncture, talk therapy, cognitive behavioral therapy, and long walks in the woods.

In February 2013, an MRI revealed a mass in her brain. A blood test revealed an elevated tumor marker: a sign of cancer. And that’s when the second journey started - one grounded in physiology, in steadily rising marker numbers, and in the brutal invasion of a brain biopsy. And yet, there was uncertainty. And yet, there was the insistent voice that told her she was making this all up. It was definitely all in her head. But how?

An amazing personal narrative of the nightmare of medical care for women, the terror of early-onset brain disease, and the power of love. A haunting, beautiful memoir.

Nobody does it better than Nora Roberts. Most will tell you, men and women..they can't get enough of this writer of romance.

From #1 New York Times bestselling author Nora Roberts comes a trilogy about the land we’re drawn to, the family we learn to cherish, and the people we long to love…

With indifferent parents, Iona Sheehan grew up craving devotion and acceptance. From her maternal grandmother, she learned where to find both: a land of lush forests, dazzling lakes, and centuries-old legends.

County Mayo, to be exact. Where her ancestors’ blood and magic have flowed through generations—and where her destiny awaits.

Iona arrives in Ireland with nothing but her Nan’s directions, an unfailingly optimistic attitude, and an innate talent with horses. Not far from the luxurious castle where she is spending a week, she finds her cousins, Branna and Connor O’Dwyer. And since family is family, they invite her into their home and their lives.

When Iona lands a job at the local stables, she meets the owner, Boyle McGrath. Cowboy, pirate, wild tribal horsemen, he’s three of her biggest fantasy weaknesses all in one big, bold package.

Iona realizes that here she can make a home for herself—and live her life as she wants, even if that means falling head over heels for Boyle. But nothing is as it seems. An ancient evil has wound its way around Iona’s family tree and must be defeated. Family and friends will fight with each other and for each other to keep the promise of hope—and love—alive… 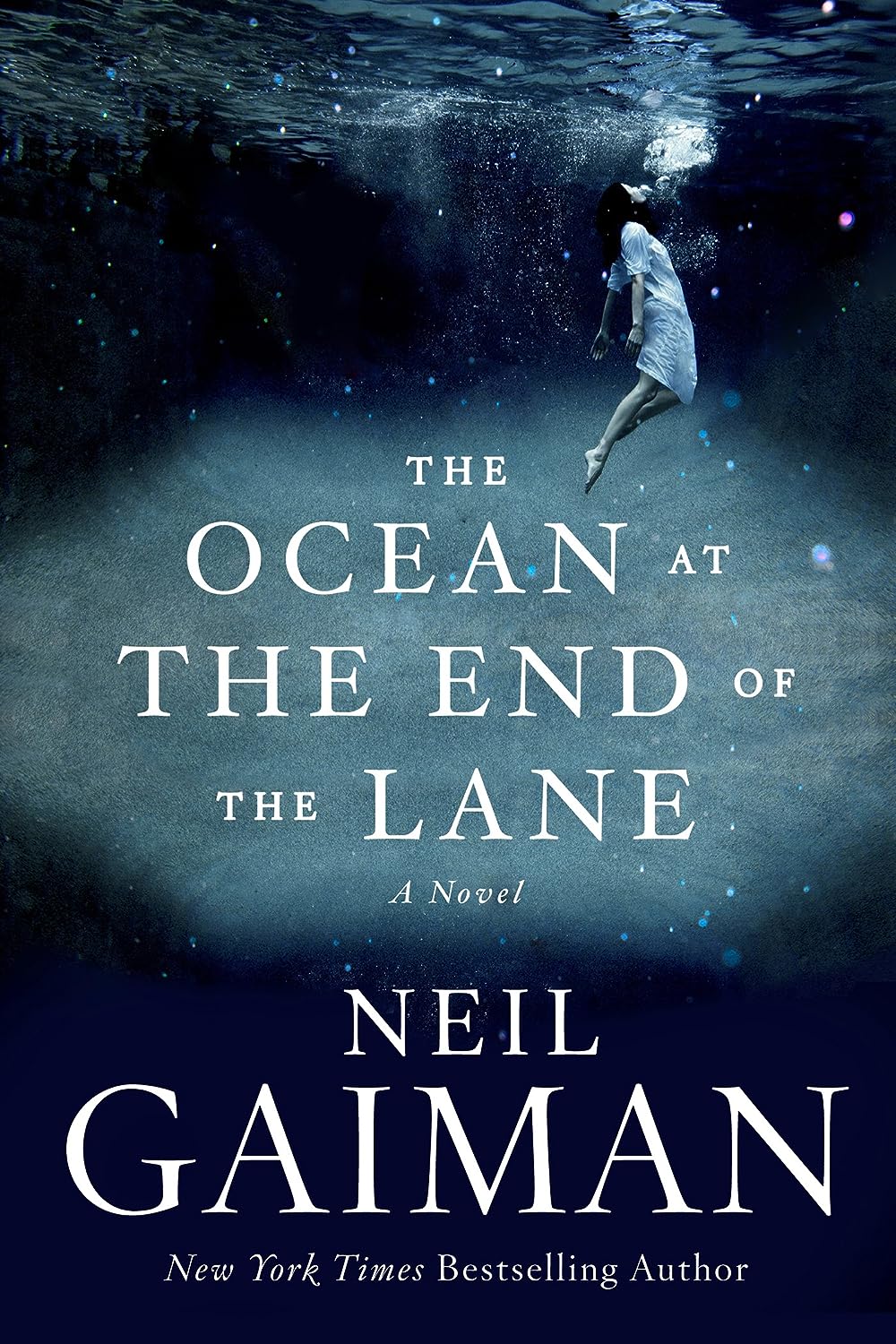 This needs to be on your MUST READ LIST! Its a small book and there really isn't a better storyteller than Neil Gaiman. Not only do you fall in love with his characters, but you fall in love with his world too. So I must tell you..now..it might be your best read this year! You just might have to put a hold on it at your local library. If you can't wait..well, you can get it for $7.99 on your Kindle at Amazon!

Happy Autumn Reading!
Posted by ellie at 12:00 AM