OK..I just accidentally put this in on create your own radio station..and I came across a very unique artist. But this isn't the Japanese one. No, this Twinkle was from the 60's.

Her real name is Marilyn Annette "Twinkle" Ripley, an English singer-songwriter. She had success with a few pop hits like Terry and Golden Lights her biggest hits..Her END OF THE WORLD wasn't quite the hit for her as it was for Skeeter Davis took it country in the USA and made it a hit. At one time, Twinkle toured with The Rolling Stones. 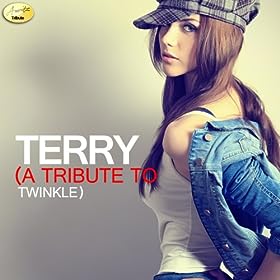 There was even a version of "Terry" that came out in 2012 by Ameritz. She might be long forgotten, but its singer songwriters like her who paved the way for those teen pop sensations.