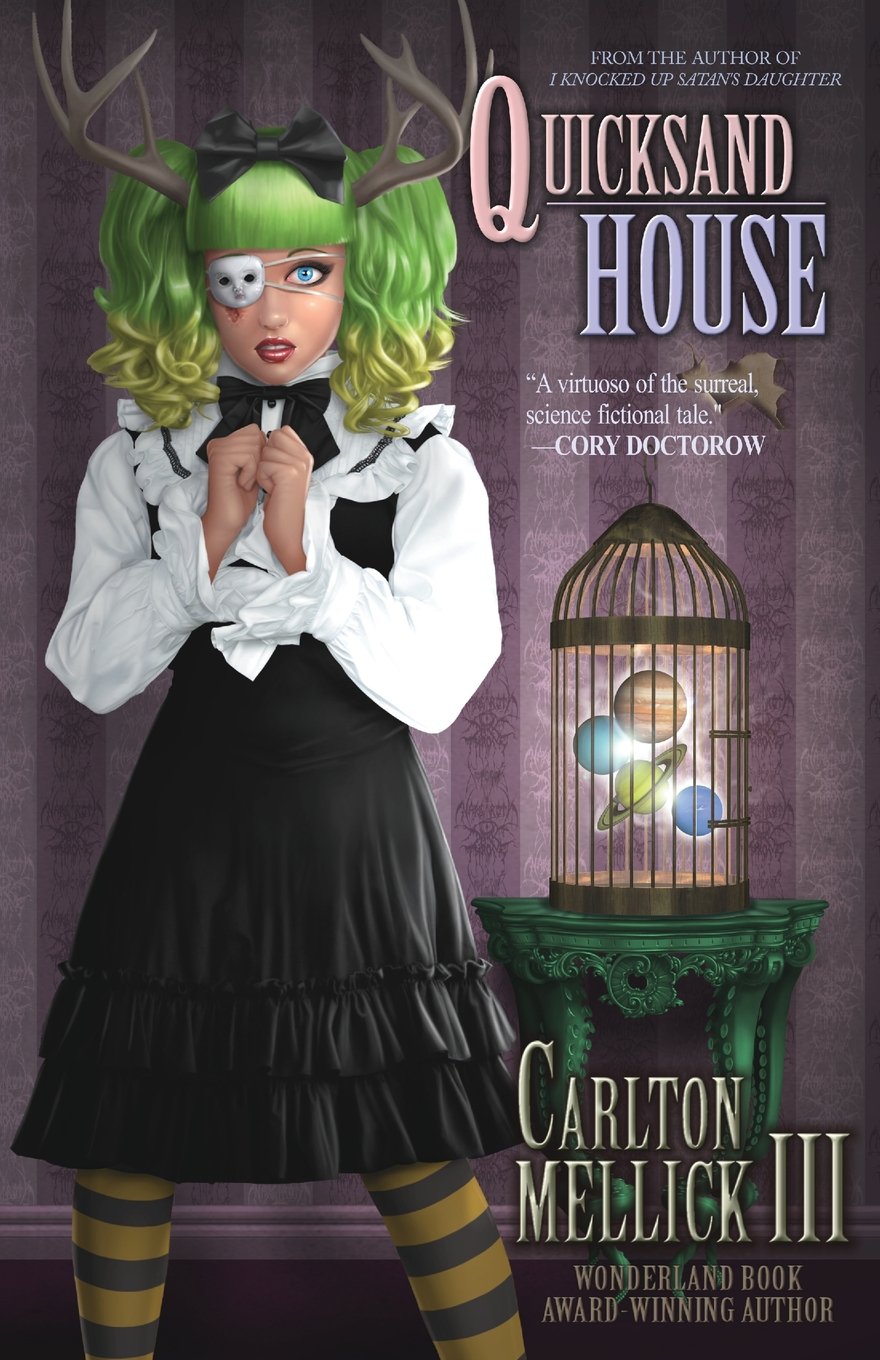 The master of bizzarro fiction is back! Carlton Mellick III has a young adult fiction book that is just a wee bit like Flowers in the Attic scenario..but in the future. Naturally, we can tell he had a great time writing it because his fans love his words, his characters and storylines.

STORYLINE: "You must never leave the nursery. If you leave, you will certainly die."

Tick and Polly have never met their parents before. They live in the same house with them, they dream about them every night, they share the same flesh and blood, yet for some reason their parents have never found the time to visit them even once since they were born. Living in a dark corner of their parents' vast crumbling mansion, the children long for the day when they will finally be held in their mother's loving arms for the first time... But that day seems to never come. They worry their parents have long since forgotten about them.

When the machines that provide them with food and water stop functioning, the children are forced to venture out of the nursery to find their parents on their own. But the rest of the house is much larger and stranger than they ever could have imagined. The maze-like hallways are dark and seem to go on forever, deranged creatures lurk in every shadow, and the bodies of long-dead children litter the abandoned storerooms. Every minute out of the nursery is a constant battle for survival. And the deeper into the house they go, the more they must unravel the mysteries surrounding their past and the world they've grown up in, if they ever hope to meet the parents they've always longed to see.

“The writing world is full of heartache, headache, rejection, lack of support, feeling like nobody cares or respects you, feeling excluded, feeling attacked, criticized or ignored. We all go through this. And it only gets worse once you start getting published. In my opinion, writers are either the greatest or the most despicable human beings on earth, depending on how they react to this negativity. The great ones are those who support others even when nobody supports them, who strive to improve their work no matter how many times it is rejected or criticized, who make people care who previously could care less. The despicable ones are those who are faced with these same problems and decide to respond with bitterness, pessimism, hate, jealousy, and disrespectfulness. They take everything as a personal offense and blame everyone else for their own shortcomings. They backstab and sabotage, attack and criticize. They never see things from anybody else’s point of view but their own. Basically, they add to the negativity rather than becoming the bright shining positive force they should be. My advice is to strive to be one of the great ones. The world doesn’t need any more of the despicable ones.”
— Carlton Mellick III

This one..you might actually find at the library. Our library got it for the YA area.  If you are a fan of his or enjoy bizzarro fiction, you'll want to read this one!

"Mellick's most emotional and moving novel to date. Packed with more wildly original concepts than you could find in the current top ten New York Times bestsellers put together. A heartfelt survival story that mixes pain, fear, and longing with childlike wonder, beauty, and affection. For those who have read Mellick before, the emotional depth of this story will be a wonderful surprise. For those who haven't, this is a great place to start." --Verbicide

"Easily the craziest, weirdest, strangest, funniest, most obscene writer in America." - GOTHIC MAGAZINE
Posted by ellie at 12:00 AM