Kevin Hearne has probably written his fair share of Star Wars novels. He also has had a lot of success with the Iron Druid Chronicles which started with HOUNDED.

Perhaps you've noticed in the last decade or so some of your favorite fantasy publishers(Del Rey) are putting out more stories about gargoyles, shape-shifters, vamps, werewolf stories and the like ..growing so rampant in the city....or even places like Arizona. 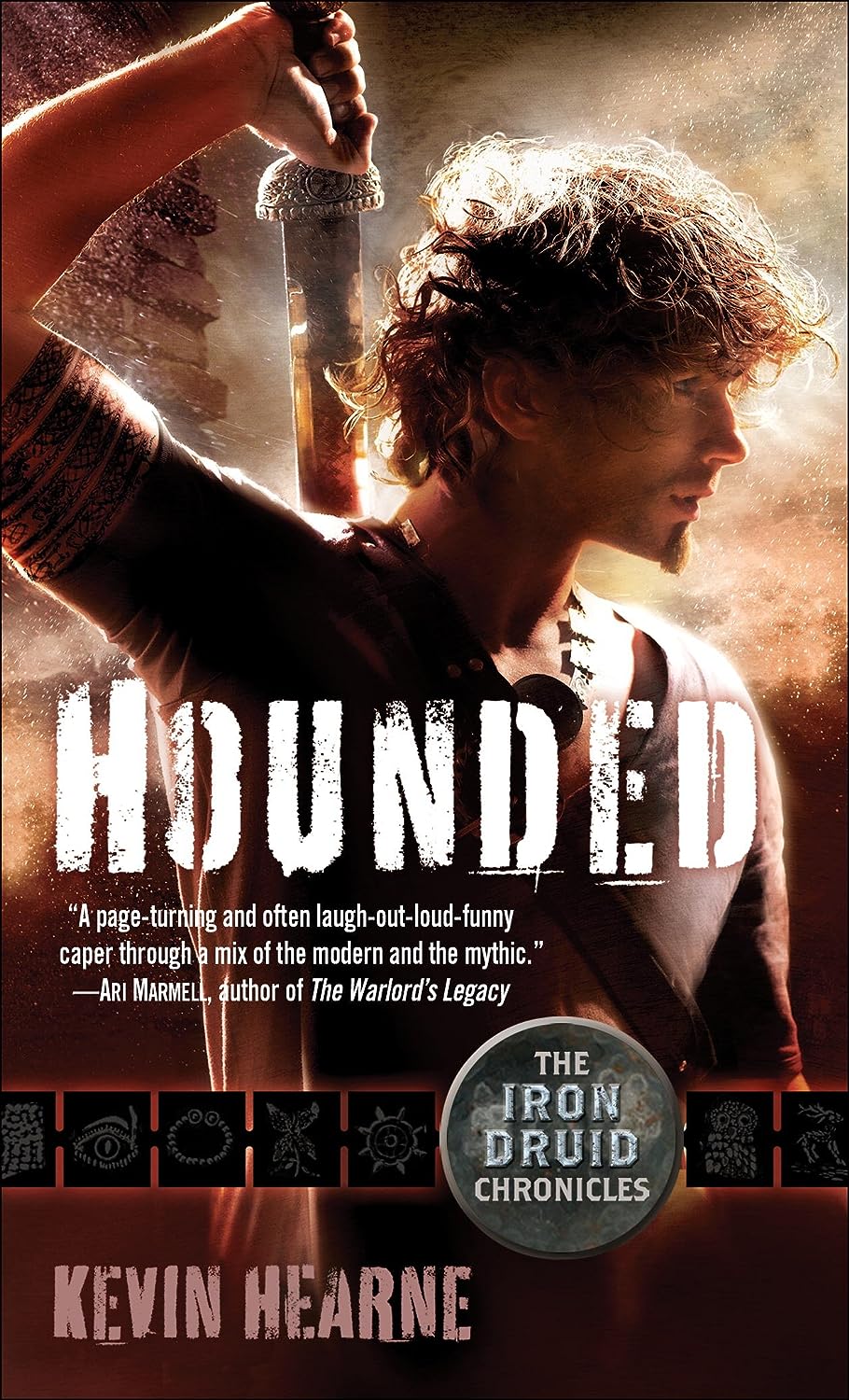 HOUNDED: Atticus O’Sullivan, last of the Druids, lives peacefully in Arizona, running an occult bookshop and shape-shifting in his spare time to hunt with his Irish wolfhound. His neighbors and customers think that this handsome, tattooed Irish dude is about twenty-one years old—when in actuality, he’s twenty-one centuries old. Not to mention: He draws his power from the earth, possesses a sharp wit, and wields an even sharper magical sword known as Fragarach, the Answerer.

Unfortunately, a very angry Celtic god wants that sword, and he’s hounded Atticus for centuries. Now the determined deity has tracked him down, and Atticus will need all his power—plus the help of a seductive goddess of death, his vampire and werewolf team of attorneys, a bartender possessed by a Hindu witch, and some good old-fashioned luck of the Irish—to kick some Celtic arse and deliver himself from evil. I am really enjoying this series! There’s a little bit of everything in here. I find myself looking up information about different mythologies, religions, and cultures just out of curiosity. It hasn’t gotten stale and there is actual character growth. I cannot wait to catch up to the new books. I definitely recommend giving this series a try! -a fan

Hearne's latest book in the series is SHATTERED.

I really enjoyed this story! It is definitely settings things up for the next installment of Atticus’s life. Things haven’t slowed down in the slightest since his apprentice became a full Druid. We even have a few chapters with Granuaile as a narrator. I’m excited to see where this goes and who the background villain is moving around all these pawns.-K

Do you have a favorite Urban Fantasy series?
Posted by ellie at 12:00 AM