Well, of course, its summer and that means more reality shows..or at least a few. And this one on ABC Family is important. Also its a very trending topic. After all, Caitlin Jenner is making news these days. This is the story of Carly who has a son named Ben..who also has a girlfriend who's Dad has become a woman too. 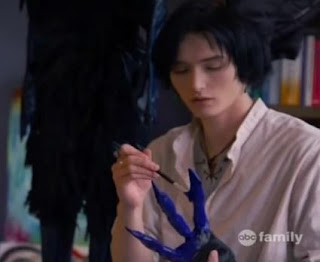 Some find the show too scripted. Ben too whiny. Danielle having to put up too much with her boyfriend. While some of us would just like to know more about Lathan who's Ben's Best Friend's girlfriend's brother.

You just might find something very watchable about this show.