Its an indie kind of movie, but it stars Johnny Flynn, Ann Hathaway and Ben Rosenfeld. Its the story of siblings Henry (Ben Rosenfeld) and Franny (Ann Hathaway) who have had a falling out when her brother quits college to focus on his music career. After all Henry and Franny come from a family full of PHD's.  So they haven't talked in months and she's off doing her own thing in India, and he's playing in the subway station. BTW..Ben is an awesome performer and musician in his own right. Well, he gets hit by a car on his way home. Next thing you know, Franny is getting a call about her brother in a coma. And it looks pretty hopeless. But this is one sister who won't give up and she trails Henry's footsteps..and they lead her to her brother's music idol..the one and only Johnny Flynn. If you love music and movies about musician..you won't want to miss it. I loved the story of a sister and her brother. Also you get some insight of what its like for a musician when he does make it. And wondering if there is another song in him that people will love. It was a personal film for Flynn and Hathaway who grew a bond with their families while making this project. Of course, don't expect anything epic in the story. And yet, it has an extra-ordinary feel to it. I really enjoyed this film. 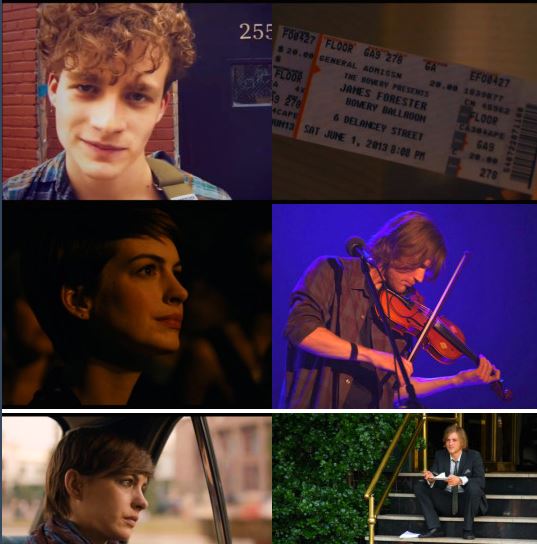