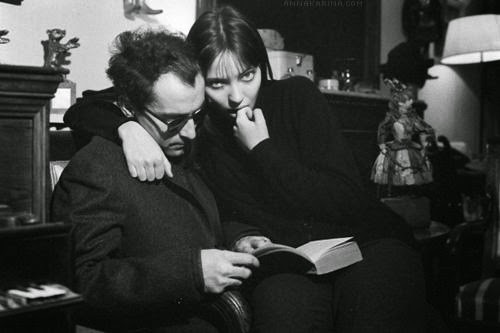 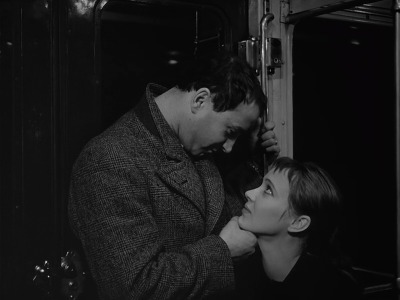 Jean-Luc Godard’s 1964 classic Band of Outsiders gets new restoration and will played at many art movie houses and film festivals.

There's a new release of the classic French film from 1964. If you haven't seen this film, well its one of the coolest classics around. Featuring that infamous  scene of running through the Le Louvre and of course, the Madison Dance!

STORYLINE: A triangle: Franz, Arthur, and Odile. Franz, a young man with Alain Delon good looks, has met Odile in an English class. She lives in Joinville with wealthy benefactors and has mentioned to Franz that Mr. Stolz keeps a pile of 10,000 franc notes unlocked in his room. Franz tells his friend Arthur, a swarthy guy whose shady uncle is pressing him for money. Arthur and Franz, who mimic American movie tough guys, case Odile's house, pressure her to assist them with a burglary, and make passes at her as well. She's alternately compliant and distressed. Will they pull off the heist?
Posted by ellie at 12:00 AM