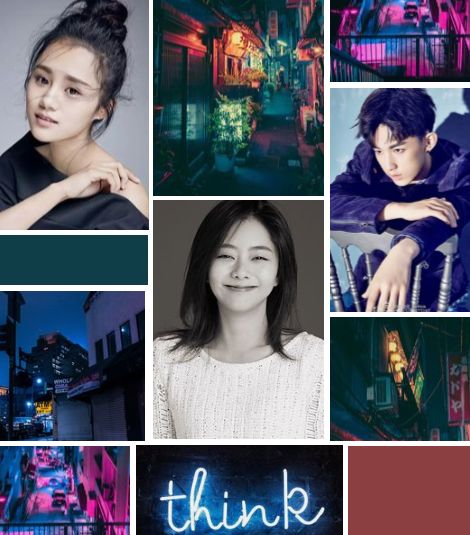 Ying talked to herself until she couldn't take it anymore. Maybe if she talked to her best friend Bao, everything would become reasonable and back to normal since seeing Yu.

Ying paced back in forth in her tiny matchbox of an apartment. Even Yu's boarding room was bigger. She'd felt snug there and already missed its warmth. Still, it made her nervous that she'd fallen into something with him. Although, he'd been very soothing, while she, on the other hand, must have been a mad woman, spending the night with him until early morning.

Ying fell back on her unmade bed and called her best friend who was now a constable somewhere near Shanghai. The phone rang multiple times, finally, she heard a sleepy voice.

"What? You're asleep?" Ying hadn't thought of the time, but she soon found out that B had been up all night.

Now Ying wasn't sure how to start. No way did she want to say Yu's name or B might say, "I told you so..." Although, B was always congenial and very giving. It was hard to believe she was at police status now. Ying was afraid she might never leave the martial arts hall.

"Well..." Ying knew she needed to swallow her pride and tell her best friend everything. "I met someone." But she hated to admit who he was. After all, she'd treated Yu badly back then. "I guess I'm homesick." She was quiet then but blurted. "I'm not as strong as you, B."

"What?" Finally, B told her how proud she was of her, going on her own to New York City to make her dream come true. "You can do this, Ying." B told her she was bound to meet someone. She wouldn't want her to be alone in New York City.

"But-" Honestly, Ying felt she'd let everyone down back home.

"Do you want me to call your mom?" B's laugh was gentle.

"No. Don't you dare." She couldn't let her folk's know about Yu. She found she couldn't breathe a word about that rogue they all knew back home, but he was her only mainstay at the moment.