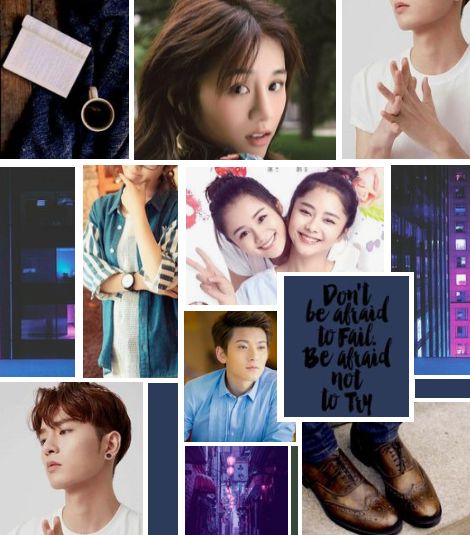 It was good to hear her dear friend's voice over the phone, but B didn't know if she really wanted to go into detail with Ying about her life these days. It wasn't nearly as glamours as Ying might think. According to Ying, B was a kick-ass cop who caught the bad guys.

These days B wasn't kicking anybody. Of course, she wondered how she'd gotten into this mess as of late. She was no longer on the outskirts, on the beat around the local community center. She'd somehow upgraded to violent crimes which meant going through tons of paperwork in the basement at the police station.

Of course, Ying asked about Chang. Had she heard from him? Did he talk to her anymore? B hated to tell her they'd lost touch. Instead, she said he was busy. She was busy. Perhaps he was in jail now. She hadn't checked. She didn't want too.

"How's Tao?" Ying sounded hopeful as if this time it really worked out with him.

"Tao?" Even saying his name was foreign to her tongue. She knew it would never work out for them. She would never meet his family's standards. Of course, he was still lonely, but she only went to him when he really needed her. At the moment, he was as busy as she was. He was still handling the family business. She hated to tell Ying that nothing had changed. Not really.

Yes, she kept the couple's ring he'd given to her on a necklace. She tugged at it now, knowing she was probably his biggest regret.

"Everything is fine," B finally said. However, she felt so old now, wondering she'd spent the days of her youth trying to be champion, not so much for herself, but for those who thought she could be. Now, she felt a bit light headed. She looked up from her paperwork and noticed the new guy Ryan watching her.

"I gotta go," B gulped as she knew she needed to be working at her desk.

B was certain he didn't like her. Ryan was cold and stoic. Perhaps, she liked that in a guy.
Posted by ellie at 12:00 AM