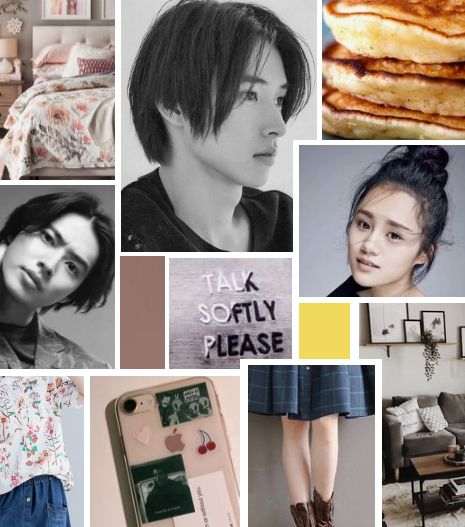 When Sam heard B's smartphone dinged, he knew he should just let it go. After all, she was in the shower and he was making breakfast pancakes.

Still, he sighed, thinking who could be texting her now.

He knew about her old friend living in New York City, trying to be a fashion designer. Ying had met up with Yu. Someone they knew in their younger days at the hall, when they thought their whole life would be Taekwondo. Sam wondered what Ying was up too now.

Sam flipped a pancake, then went over to the small dining table to see what was so urgent.

Sam blinked at the text. He stared at it for a moment. He sighed. The text wasn't from Ying. But someone else. Sam remained even lip as he read the text once more.

CHANG: I'm sorry I haven't called or text in a while. But you are always on my mind. You always will be. I know you won't admit it, but you're the one who got away. You're the one who changed my life. I miss you. I wish I could see you, again.

Sam's eyes widen as he read the message again,but opted out of the text app. The phone went dark just as Sam heard B. He went back to the pancakes, just in time.

He didn't say a thing about the message. Maybe she wouldn't find it.
Posted by ellie at 12:00 AM