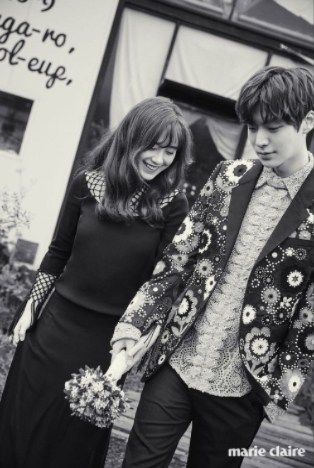 Isn't he divorced now(Ku Hye-Sun)? I always felt he was typecast from the get-go(there is just something evil in his eyes and he does play monster roles best). I was so happy to see him in Love with Flaws, although, it felt like a disaster of a drama. It was hard to take seriously. And rather predictable. Although, the writers kept pushing the ridiculously slap-it somewhere comedy to the limits while trying to have a deep serious story too. He didn't deserve that. I know he's working hard to be more than a model.

I do wish him wonderful roles ahead that we can see him shine instead of that guy who was married to S. Korea's sweetheart.
Posted by ellie at 10:26 AM