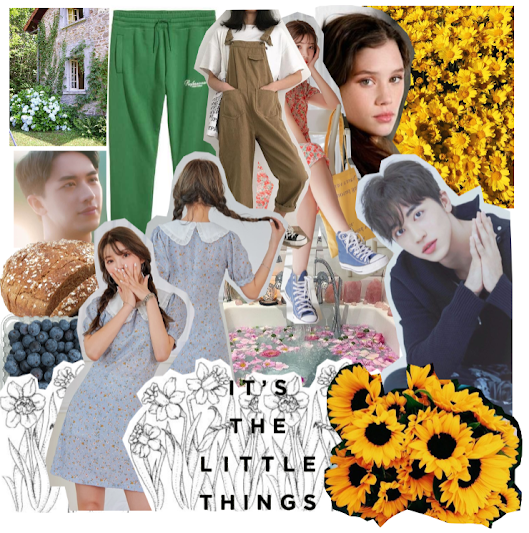 Are you feeling summer?

MAXIE: Sort of. (he gives a shrug and slightly smiles) I mean, I thought we'd be out and about more. I dunno. Just so scary. I guess. The farmer's market was supposed to happen, but then it didn't. Got to make it official, you know. (he shrugs) Really, if it weren't for baking bread and making love I'd be crazy by now. (he grins) Well, we get out. You know, a walk here and there. Staying away from folks. It feels that way. Um, I guess life is picking up at the pub, but Pa says it's nothing like it used to be. That about sums it up..at the moment.

AMBER: Oh, I take one day at a time. Nobody's run away yet. (she grins and takes his hand.) Bailey came home. Of course, Maxie won't talk about it. He's pretty upset. Hopefully, he'll come around before the baby's born. I try not to talk about it. I mean, it's summer. It's made for nights in the backyard for a cookout. Mostly, we dance in the kitchen. Now he says it's too hot to go camping. (she practically giggles then shrugs) It's true we don't see his parents enough. Only I have to keep him away. He might fight Baily's boy, even yet. (she shakes her head), but it's only June. I bet he won't be bitter at all once he's an uncle.