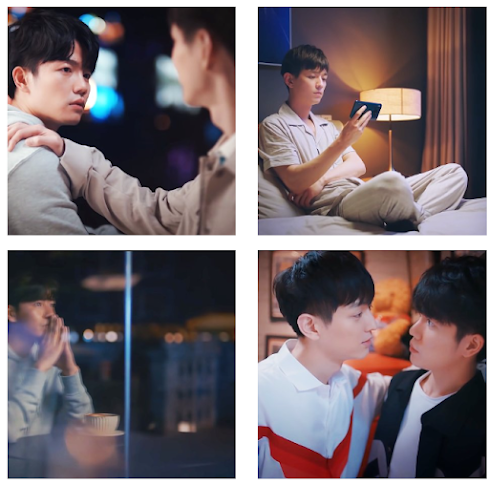 It's hardly a BL drama. Initially, it was only in 5 minute episodes but VIKI made it longer into 6 episodes. This one from 2019 slipped through China's radar. The soundtrack is fun. A rather upbeat bromance of making it in the world of air pistol shooting. With the help of the captain's dad of the team, he finds someone to help him get out of this funk he's in. Only, his dad tells him this fellow who is also quite the pistol is his younger brother. Only, as the show progress, this guy doesn't want him to be his brother. An unlikely drama with the fantastic Xia Shi Yuan with a comical beat as the better half of this couple. While the older stoic Wen Yi Fan is perfect for this role. The story deals with bullying, friendship and maybe romance. Yet, what I liked about this most (some of the BL dramas I have watched lately..are meandering to find the REAL FACTOR and just so slow and feel out of sync with questions popping up everywhere) is about comradery and even more. One can pick up on the undertones in this one with glee. As if they will stand the test. Of course, this story is not what BL fans expect these days. The best BL dramas are still from Tawain.