What's the hardest thing about being new parents?
DEANO: I feel my energy level is gone. (he smiles) I mean, there are some amazing moments that I'm so glad to be a part of and then there is so much to do. I don't know if I keep track of it all, but yeah I'm nothing like the old me. (He almost cracks up but looks sad too) Sleep will never be the same.
CAITLIN: I need more sleep. More hours in the day. Somedays I don't want to adult at all. (she sighs) I just don't know how some people do it. And I know I'm not nice enough to my husband who does so much more than I do. (she winces a smile) I'm trying. And I love Hannah, I do. (she yawns) But it's exhausting too.
Posted by ellie at 12:00 AM 3 comments: 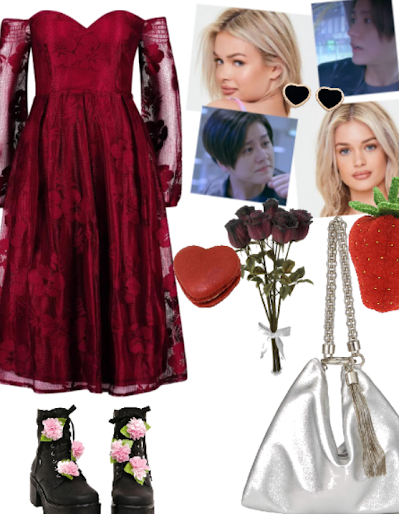 It wasn't exactly the date from hell, but it could have been. At least Ronnie was thinking it when Nina showed up at the bar.

"You don't need to be here," Ronnie said right away. It wasn't even Ronnie's shift. This was supposed to be a fun night. Some bikers were to come by and well, it would be a party. But that hadn't happened yet either.

Oh, Nina looked like a bride ready for a red wedding. She was in a bitchy mood. Evidently, Rick had left her.

"But..but he said he'd be back," Ronnie reminded her. "He just went to Denver with a load from Walmart." Still, Ronnie could imagine Nina's beau in a jackknife or something. Ronnie shook the thought. It was icy weather. After all, it was February.

"Why? Why does he do this to me?" It was hard to say if Nina was sad or just mad. They'd made plans. They were going to have the best time of their life, a Heart-shaped bath, and roses to boot at that new hotel out by Menards. They specialized in romantic nights.

"I know you've both sacrificed a lot," Ronnie nodded holding on to a beer mug and watching the suds die. "Both of you. He just wants to get ahead. He wants you to have that life you always wanted. You know, a new house, a new pickup truck, a pool in the backyard."

Hell, none of it was cheap. Ronnie imagined but didn't think too hard on it. After all, Ronnie stayed at the rundown motel just down the road. It had been years of not living high on the hog. They were the exact opposites and yet good drinking friends.

"It'll be better next year," Ronnie nodded and took another sip of beer while Nina drank her Tequilla sunrise in one gulp and asked for another.

"Girl, you need to slow down," Ronnie sighed. Nina would be dancing on the table by the next round. It was going to be a long night. A long night of Valentine's blues, but this is what happens when you're in love with your best friend. 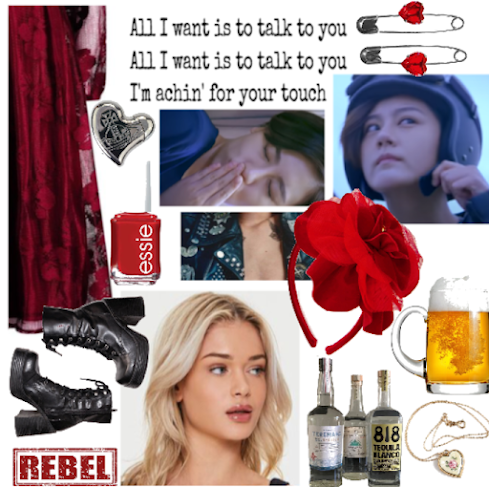 The End of the World with You

It's a mix - Aidan Bissett