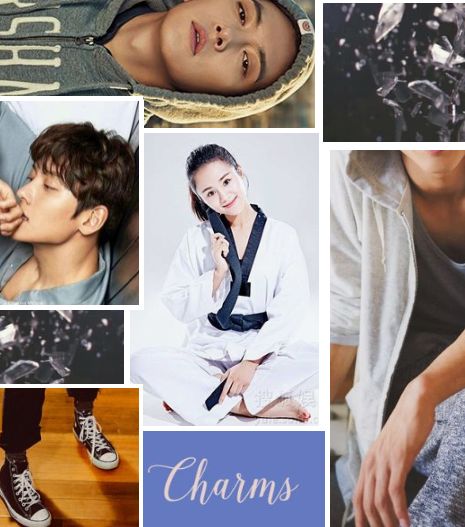 "What was I thinking," Chang said under his breath. He closed his eyes shut and fell back on his bed. He felt so sad. But for a moment, he wanted B to remember he would always think of her.

It was true, he'd never been in love until he met B, all those years ago. Growing up, he was never a kid. He'd always been at the hall learning martial art. It was unthinkable to feel truly human. He'd been part of a mission then, an army of a fellowship who believed just like he did, but then it wasn't true either.

Of course, he felt so far from the truth now. Practically, a cripple with his knee injury. At least, it wasn't noticeable now. It still hurt from time to time, but he wasn't a coach anymore.

Yu let him stay in his room. It was just a matter of time, or so Yu said he'd be moving in with Ying.

Chang didn't keep tabs on him. He'd left Chang alone. Of course, he winced now wondering if Yu would even come home.

Chang put the Android to his chest, wishing he hadn't bothered B. After all, she was making a real life for herself on the police force. Of course, he was worried, if she was OK. Why did she have to have such a dangerous life?

He couldn't shake the feeling that Fang would let her live such a life if she was with him. It had to be over, by now.

Still, when she sided with the rich kid so long ago, it stung Chang deep. It just wasn't her nature. Of course, she never really let herself ever be true to him, either.

It wasn't easy trying to get over B. He hadn't yet.

Yes, maybe he drank too much, gambled a bit, with a head full of suicidal thoughts. But here he was in New York City still tormented by the only love he ever needed. She was nowhere in sight. It left him hollow inside. He only had Yu to turn to now.
Posted by ellie at 12:00 AM