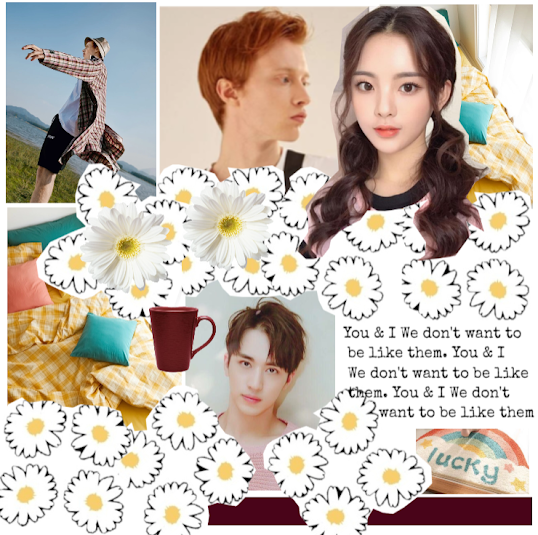 OK, so quite possibly I am not as grown up as I thought I was. Sure, I'm really good at telling people what to do. Like my brother Maxie. Honestly, I was beginning to worry about him. Thinking, he'd never fall in love. He'd never get out of the house. You know, be an old bachelor stuck in dad's pub. Rotting away.

I'm glad he found Amber. I'm glad he got up the never and took the plunge. That's what THE LOCKDOWN did to a lot people. Well, a lot of them were fools. Just getting it on with someone in a cesspool. Well, it looked that way down at the pub. Especially the all-nighter before you had to go home and lock up.

Um, I really did keep it a secret from my folks. It was a bit of fun. Of course, I had a lager or two with Tobes. It felt like the end of the world was coming, or something. Dunno what we were thinking (ah, I practice that line a lot since I've got to get it right with my parents someday..it's just I'm not ready yet).

You see, there's this thing ..why. Even at Tobes, we've been really quiet with his mum since she is off at her own mum's taking care of her. She hasn't made a fuss. We haven't exactly explained it to anyone. Really. But it's pretty obvious. If you get my meaning.

Woe is me, I just don't know if I'm up to a shouting match. Especially with the parents. Then there's that hot head of Maxie's on the list too.

Yeah, I'm nothing but trouble. And I've been a little sad for so long now. Mum and Dad think I ran away. Oh, I've called a time or two. Said I was in Spain.

Damn, why am I such a good liar. I miss them all. I do. But I can't keep saying this lockdown made me fat anymore.  But I really don't want to go to the hospital either. Mum and Dad will be sure to know I'm still in the village. And so will Maxie.