Do you know where each other is coming from? 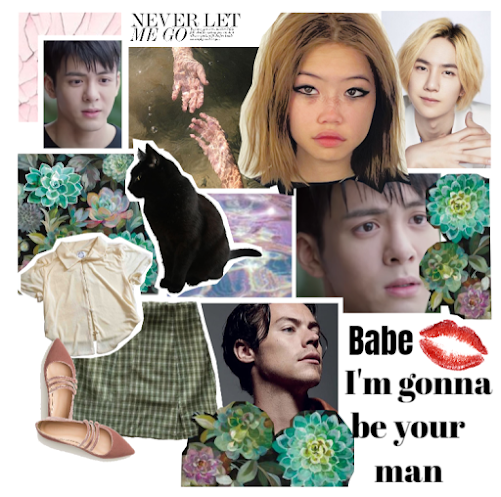 CAITLIN: I think I do. I feel that I do. I dunno..how to explain it, but I feel comfortable with Deano. (she nods) I didn't think I could ever feel that way with someone. I was starting to think I was just strange. (she sucks in a breath) I never liked Melvin this way. And..and I know if..if anything had ever happened with me and Wade..I would have been a nervous wreck. (she looks down, as if she really hopes no one sees the look on her face) I can't deny it's not a physical attraction to Deano. I mean (she sighs) it's not a fangirling kind of attraction. I just know it's real. It's like I was committed before..before (she shakes her head) Maybe it's wrong. And really, I'm not going to feel guilty about it. I really love him. I would hate to make him feel bad about anything. Honestly. I just wish he would stop thinking that I'm thinking about Wade all the time. And..and this..this thing with Melvin is so last summer. I never wanted to be with him. I wanted to be his friend. And I sometimes, think that was even a stupid idea..because..because people are really strange, you know. Like..I dunno maybe I messed up things with him and Wade and..and I didn't even know it.

DEANO: She is totally over thinking (he shakes his head and then sighs). True, I didn't know we'd get this far in a relationship. For all, I knew it was just a cabin fever kind of thing. (he kind of laughs) I guess..we are kind of like our own movie. And it can be like one little adventure after another, but it's just only we know. Not anyone else. I guess that's all I wanted, and now things start to happen with people we know and you know, we start to thinking which leads to arguing. (he winces) But I don't think we are over. We are far from over. Cause we kind of know where the end of the day is going to lead..and well (he chuckles) I don't know why I worry so much.