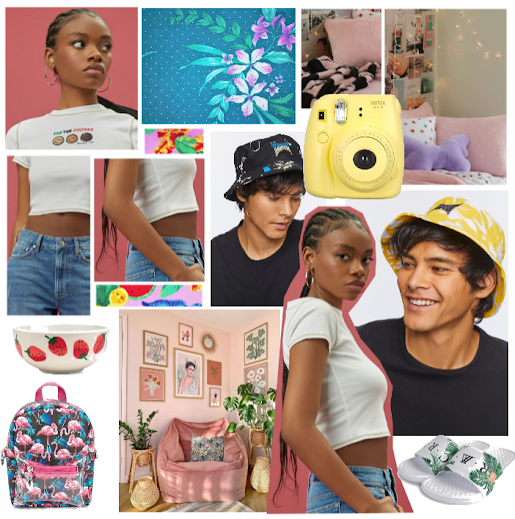 Summer was definitely not planned as Paris thought it would be. Especially, when Romeo showed up. Of course, he kept telling her it was Romero, not Romeo. This didn't help much when he moved into her brother's place.

Maybe it would have been different if her brother Karl had been there, but she doubted it. It was like her brother needed someone to keep an eye on her.

"What in the world is he thinking I'm doing?" Paris didn't go anywhere. She was afraid to. If it wasn't getting sick, it was the heat. And now she had to put up with Romeo. Worst summer ever!

But he was laid back and said he had many siblings at home. It was nice to get away. Of course, he was awaiting to start training as a police officer. She could only hope he would find his own place soon. He was messing up everything.

She was passionate about pink and playing her SIMS on the computer if she wasn't making friendship bracelets. She could actually sell them. But he always had her up early. He thought she should run with him. She just couldn't bring herself to do it.

"Remember, the more you sit in front of that computer, you'll have a greater chance of high blood pressure and even high blood sugar if you keep eating there too. Cause I know you aren't even thinking about how many candy bars you eat in a day." He told her one morning when she wished he'd just go away.

She crossed her arms. Didn't he see just how skinny she was? She didn't need to exercise. Of course, she told her grandmother all of this when she called. Although, Paris got set straight on her health after that.

"You better listen to him," her Granny told her. "It's not like Karl would let anybody live there with you."

Just like the beginning of time, Paris always felt she was at the bottom of the barrel and everyone was looking down on her. She hated being in a pout. She didn't like being wrong and told what to do.

"Your Granny is just worried about you," Romeo told her. "And I am too. Not everything is a video game."

She gave him a look, What was that supposed to mean? He wanted to know if she was selling those friendship bracelets she was making. She shook her head, no. So he went to her laptop this time. He showed her a site. She was setting up a shop in no time.

"Oh, and don't forget, Karl wants you to dog sit," Romeo told her.

"Don't think of it as a bad thing. You'll get paid for that too." He shrugged with a smile.

Paris shook her head. She might never get any time alone this summer.