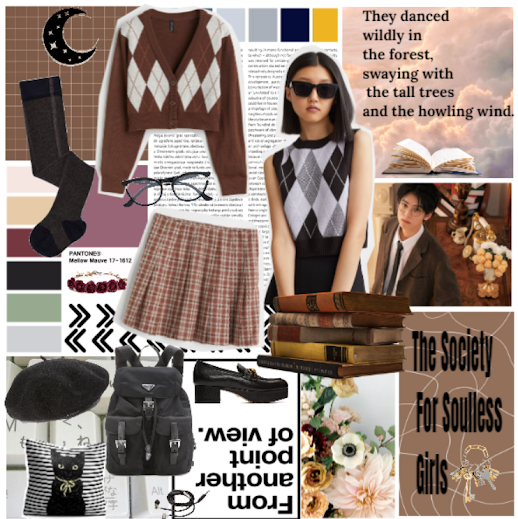 Stella never meant to break anyone's heart. Although, it was her mom's idea that she go out with Quint. Not that she wanted to. Because she was an overachiever. And school meant so much more to her. But to pacify a mother who was thinking of her future, she said yes.

It wasn't a bad date. Not that she would really know the difference. After all, she'd been nurtured to keep her parents' goals in mind. Yes, she'd always been taught to focus on making the grade. She was supposed to be a genius, but then again she never thought she had any superpowers. She just did as she was told.

She told this to Quint when he asked her out again.

"What? What are you talking about!" He was in a shout even if it were a text. Seriously, as she got to know him she knew he was much older than he seemed. From afar she took him for a  middle schooler but he was already at the University.

Oh, she didn't mean to hurt his feelings, but didn't he have a lot going on too? That's what academia would do to you. His thoughts were supposed to be of poetry and formulas, not dating.

"I just don't have time for you," Stella finally admitted.

Of course, he told her she sounded like a robot. She couldn't make up her mind. That's what this was about.

"Well, maybe..a little of that is true," she did confess.

"And what is your mother doing?" He asked but he already knew. "You're in the same vicious cycle as me." Quint talked about there being more to life than just good grades and getting into a University you didn't even care about.

"Well, I want to care.." Could they leave it at that? She didn't want to upset her mother. She felt as if her mother had put her life on hold because of her. She didn't know why it was that way, but it felt like a tradition, somehow.

"So you are doing all this hard work to become your mother, is that it?" Quint asked as if they might be in their own little world, of course, it was a battle of texting.

Really, he did give her a lot to think about. Maybe he was right. Maybe she was wrong. Did she have a soul at all? It was hard to say if they were friends or foes. But it was just the beginning of an academic relationship over the internet.