Deemed the worst show on TV, I'm afraid CHAD has been canceled. Of course, Chad (a teenage boy) is played by a woman, Nasim Pedrad, here with Jake Ryan (in the hoodie). Of course, some might say it's so bad it's good. But it is corny ....so corny and as much as Chad needs to get a life, well..you know..it's been canceled. Hopefully, this will not keep Pedrad from comedy cause she's got a thing for it. After all, she was on SNL, once upon a time. Hopefully, this show has opened more doors for her and maybe some of the cast too. 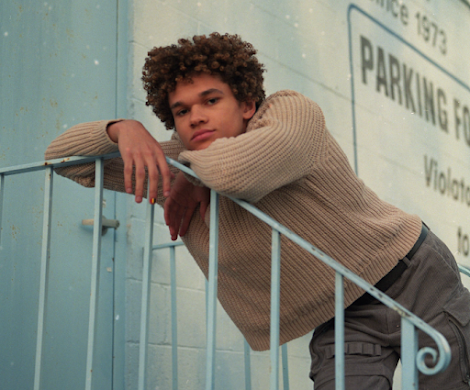 Let us not forget about Armani Jackson in four of Chad's eight episodes. If there is someone to watch for on the horizon of TV and movies well, it's this guy!