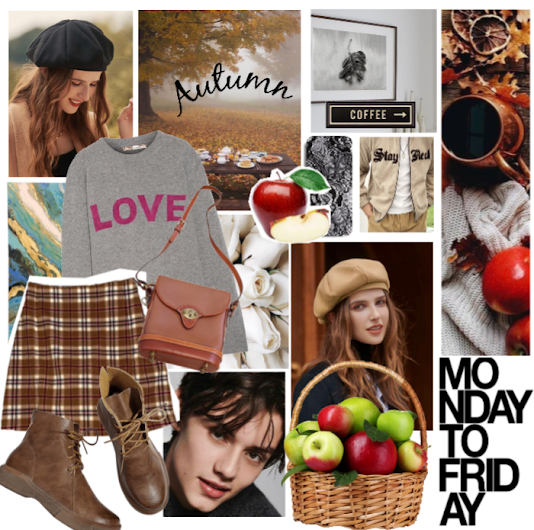 Becca only wanted to go apple picking, but somehow she guessed she was too old to go. Or the fact she would have to go by herself. It would be a drive of course. And the weather was perfect for that kind of thing, except, for no one to go with.

She'd chatted up at work more than once. Didn't anyone want Apple Jack doughnuts? Or caramel apple pie? Someone said to bring them some. They would love to see those fall favorites in the breakroom.

It didn't sit well with Becca. She wasn't going there to buy fall treats for the breakroom. If that wasn't enough, even Craig her co-worker said, "Well, don't forget about me. Bake me an apple pie."

As if. She practically gave him a snarl. She wasn't giving that guy anything.

"Oh, you'd think you were having to go to a movie, all by your lonesome," her roommate April said. "You can travel alone, can't you?"

"Yes, but-" Becca tensed. She recalled the apple orchard was a place she'd gone with her dad when she was little. They had such a good time, walking around the apple trees and picking them on their own. Usually, they would stop at the local diner and have apple pie a la mode. Oh, those were the days. But now her Dad had moved to Arizona.

Really, April didn't make the trip feel special at all. Or maybe it was the fact Becca would really be lost at the apple orchard if she went all by herself.

"It's just this fall thing," she shrugged wishing she wasn't so moody about it. But those old traditions were gone. She knew she'd have to make new traditions on her own. No, she didn't get very far, just to the farmer's market. There were apples, Apple Jack doughnuts, apple cider, and even homemade apple pie.

And of course, she didn't forget about those guys at the breakroom. But the apple pie, she was buying it for herself. No way was she getting anything for Craig. After all, he made fun of all her fall berets.