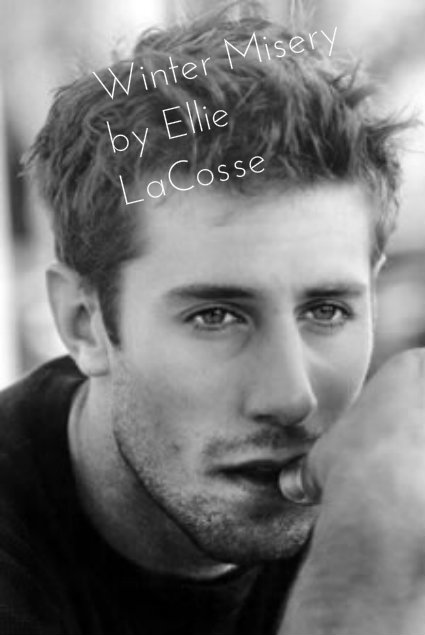 It was all accidental. Jude needed to remember that. Unfortunately, it was hard to think nothing happened. Nothing at all.

He wondered if he looked guilty. Of course, Ali would be in the little laundry room to the right of his apartment. Had she seen anything? Well, he wouldn't ask.

"Kira, still gone?" She was folding clothes. She was in her baggy sweater with denim leggins, looking quite fetching even in flip-flops. It was cold and snowing, but here it was warm and cozy as the dryers kept up a comforting sound in the quaint fragrance of Downy softness in the air.

Jude nodded. He was hoping now, Kira wouldn't come back. Perhaps everything really was sunny in California and she'd stay at Berkley. The fact remained, he was lost without his girlfriend. She was this mysterious anchor which kept everything in place.

"Did you hear from your brother?" He asked, instead of wanting to know how his beard looked. He hadn't shaved since Kira left, three weeks ago. It was patches of darkness that didn't blend well, but maybe it didn't look so bad.

She shrugged. Her very blond braid fell past her shoulder.

Last he'd heard during their past laundry conversation they were going to seriously talk. There was a growing silence in her family. Perhaps a lot like this conversation.

"Done any Christmas shopping?" Ali sounded as if she were on autopilot. As if she needed to say nice things. Not dwell on the possibility that her brother might never speak to her again because she told him he should try to be nicer and attempt pleasant conversation, or least this is what Jude recalled. Especially, with family. Jude remembered her telling him, her brother was much nicer to strangers.

Jude shook his head no, about the Christmas shopping. He wasn't sure he could get Kira anything now. He'd forgotten to give her cat his medicine.

He slightly cringed. Hoping he didn't cringe too much. A bit of him felt faint, thinking about what was at the bottom of a grocery bag.

Jude went to tuck his laundry in a machine. He pushed in the change and off went the wash like a natural order of things.

He cringed more as if it were such a disgusting act. Neglect. That's all it was.

Jude hadn't eaten properly in days. He'd floated into oblivion, painting wildly on the bedroom wall of a castle that looked a whole lot like a penis. It wasn't exactly Monet's gardens. He might not even have his job down at the motel where he worked the desk during the graveyard shift. Life was getting away from him.

She was talking about making a blanket from all her winter scarves. Jude listened, but not really.

"I have to do something." He looked at her blankly as if she could hold that thought until he got back.

He pulled the old hunter green cardigan around him and shivered as he stepped out into the cold in his flimsy slippers. Down the iron steps he went. Holding steady, because of the frozen residue. Suddenly, he felt the cold like poison in his mouth. It could be deadly.

But he knew where he was going. The dumpster. Did he dare look? They hadn't picked up the garbage yet. There were loads of plastic bags of trash. But his was in paper. A brown bag. He pushed around the pillows of garbage. Looking. Seriously looking. Not even sure what to do if he found it. There was the sweet pungent odor of yesterday's lunch and then some. His nose snarled, but he kept going.

He should walk away. His ankles were freezing in his flannel bottoms as his thin limbs stretched, pushing forward, as if one last look would do.

There was the paper bag, rolled at the ends. Did he want to see Mario, the short-haired silver cat, one more time? He reached at a great length for it, tucked away near the back.

They were sort of friends. Maybe. Mario was a fickle cat. He hated to be held, but he was loyal to Kira, who had him a good thirteen years. Long before Jude came into the picture.

Jude knew, as a boyfriend ..he couldn't be trusted. He was finished with Kira. He sighed with grief. Jude was almost ready to cry. Almost. Maybe he was jealous of the cat. She always found the cat far more interesting than him. Did he ever get back rubs like the cat? No.

It was genuine, forgetting the medicine. Art was like a disease to him. Kira would never understand. He couldn't work on his comic strip at work. Although, he doodled from time to time and jotted down his grand ideas.

He unfolded the folds of the brown bag, still wedged, between an old coat and a broken coffee table. It was empty.

Well, he wouldn't dwell on what happened. He'd change the story now. He'd fix this. He'd tell her Mario ran away. Of course, Mario hadn't really moved much in the last few months.
Posted by ellie at 12:00 AM