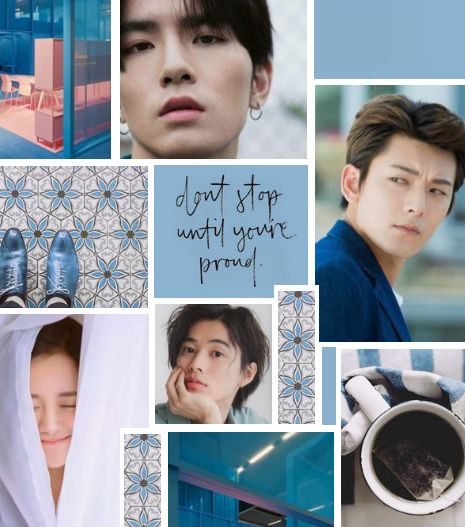 They had hardly finished breakfast and Sam was already ready to place some something with B. He came up from behind her while she was brushing her teeth in the bathroom and kissed her supple neck.

It tickled. She couldn't help but laugh as she washed her mouth out.

"You know, I have to go to work," B turned and fell into a kiss with Sam. They stayed interlocked with each other for a moment or two. Finally B managed to look at her watch. "I have to go."

Sam only scrunched a smile and carefully let her go from his sweet grasp. He let out a sigh, and told her he would clean up.

She grabbed her phone from the dining table. The phone rang in her hand. It was her supervisor already barking orders. She listened carefully. Then slid her phone in her back pocket of her black stretchy jeans.

It wasn't long she was on her scooter bike and weaved in and out of traffic on the busy streets to get to her destination which was her second home, the police station. B worked in the of the gray building. She was in violent crimes. Although, a majority of her work was either looking at surveillance footage or other archived materials.

It wasn't nearly as her exciting as one might think, and she was OK with that. Of course, there was Ryan, meeting her at the door. He checked his watch. Luckily, he didn't say, "You're late."

"What is it?" Her arms were already crossed. She knew he only wanted her as a gofer and not much more.

"I got a lead, and it doesn't look for that Tao friend of yours," Ryan told her.

"Huh." Why didn't it surprise her? She'd seen him go down a dark path before, but he'd come back to her and she thought they might work things out. But he was never quite as cool as made to think. He was a rich kid who never had to work for anything. Yet, he still managed to never be happy.

She went to get settled at her desk. This was not the way she wanted to start her morning.

"Your ex is hanging out with the wrong crowd," Ryan smirked.

"He's not my ex-" but her voice cracked. They'd been very close for a month or two. She bit her bottom lip. Suddenly, her phone flashed a message.

It was a love note from Sam, or so she thought.

She was happy she'd waited until now to be involved with Sam and no other. He wasn't made of money. He wanted to be a cop too. But he was a bad test taker.

She wanted to text him right back. However, with Ryan around she knew she had to look into the Tao matter, immediately.
Posted by ellie at 7:31 AM