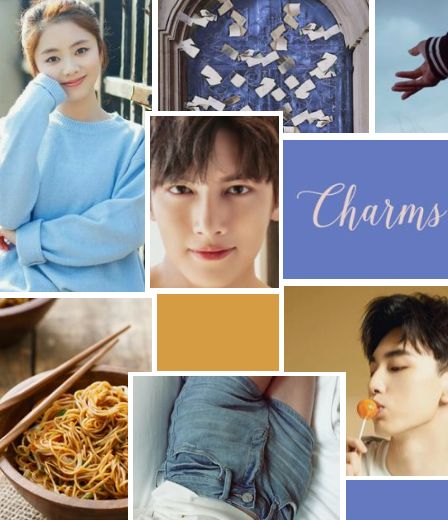 She gasped and leaned behind the pink wall of her campus building so Yu couldn't see her.

Yu was with Chang (B's old coach from back home). OK, so he wasn't that old. Possibly thirty, and a sexy thirty as that. Yes, he still left her breathless. He was that kind of handsome.

But why was he in New York City? It couldn't be him? Or could it? Ying was about to have an airhead moment. However, Yu caught up to her.

He told her he was helping Chang find a job.

Yu nodded. At least Chang was humble enough. Perhaps, B had done this to him. Ying always thought of Chang as too perfect for his own good when he was her coach. She found him arrogant in the beginning, but now he looked liked he might have just got out of rehab.

Before she knew it, Yu looped his arm around hers and Chang on the other side of him. He was taking them to lunch at a noodle shop he knew of. It wasn't long until she found out that Yu used to work there. They got to eat for free.

"Oh, you lucky dog." She smirked, thinking she could do better, but he was so attentive. Had she forgotten that?

She listened to Yu go on how he and Chang were old friends and he was happy to help him out.

She nodded and slurped noodles. She guessed Yu did need friends. Although, she hoped Chang didn't take up too much of Yu's time. After all, Yu wanted her own ME TIME with Yu.
Posted by ellie at 7:34 AM