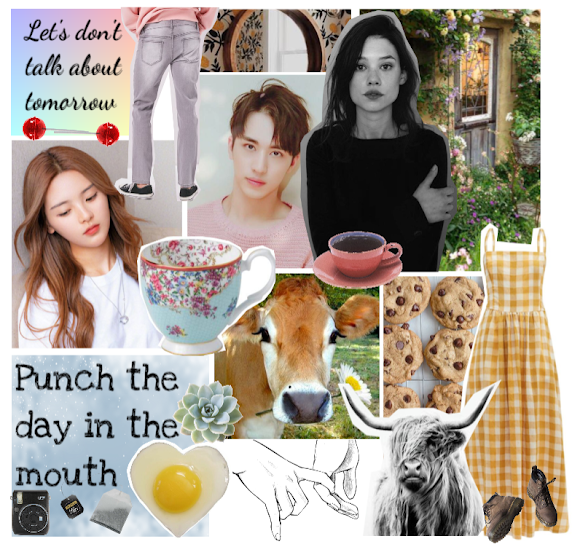 Maxie was in a bad way when he first got news of his little sister's whereabouts. His folks were in a fix like the rest of us. How does one kid make a getaway while the rest of us have to stay put at home?

It was back in those days where you wore your mask even if you were driving, and I didn't get to drive much. In fact, I had to give up the cafe's truck. It was sad when the cafe closed. It was like everything was on hold. Just what were we supposed to survive on.

Naturally, the max sneaked off to the pub and brought bags of flour they had on hand and a huge can of food I wasn't sure what to make of...like green olives and a canister of nuts.

"Well, if nothing else we can make pizza or make our own peanut butter," Maxie was going to keep busy doing something. Although, he'd make daily phone calls to see if any of Baily's friends had seen her.

"For all we know, she could have ran off to Spain," After all, this was one of the tales she had going. I don't think she even told her parents' such rot directly, but seriously Max thought she was daff. Maybe we all were.

"She's done something, bad. I just know it." Maxie was dead serious about his sister's situation.

"What do you mean? Like drugs?" I couldn't believe it. She was so feisty and that determination of hers. I just couldn't see.

"Because-" he started but I didn't want to hear it. All I could think of was me. "What if it was me? What if I was the one in that situation." I storm around, thinking he was downright mean to his sister.

"Aw Jesus, she's..she's younger than you." His brow furrowed as he looked me over. "Besides, it would be us. For all we know, she's on her own. I've heard nothing from that geeky boyfriend of hers."

He gave me a hug as if stop making this about us. It was his sister he was worried about. He kissed my forehead and told me he'd love it if it happened to us.

I hated to tell him I had run out of birth control weeks ago.