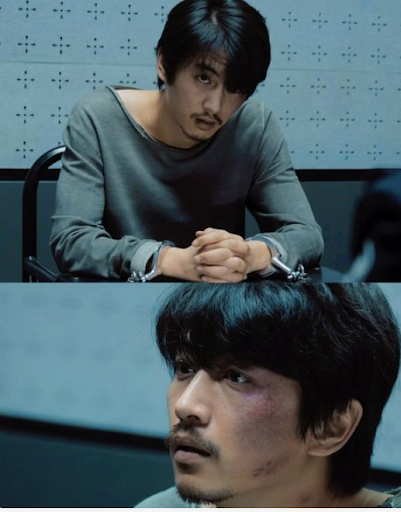 Oh, he's not pretty in BEING A HERO. His character goes in low to infiltrate the bad drug dealers in this. Throughout most of the show, his childhood friend who's a cop thinks he's the bad guy. Although, he's helping out the higher-ups in the Narcotic squad. Although, his friend keeps messing it up. Finally, they get maybe two minutes of togetherness of "Hey man, we're on the same page." Then, they have to go in different directions.

I am sticking with the show. Although, I am afraid they will all die at the end. I guess I would have at least given him a female lead to lean on, somewhere in all this story. But that didn't happen. And what little role they do give to females in this show, is either, the drug dealer's daughter, the policewoman, and of course, the bitch from the tea factory who knows even more about drugs.

Truly though, Xiao is seasoned enough. I want to find other dramas that he's in that I know will be totally different from this one. But in spite of all he's gone through he has a certain level of coolness.