OK, so there is BTS and there is also HYBS which is not from South Korea but from Bangkok, Thailand. And this duo (Alyn & Karn) are pretty sweet with voice and lyrics. This duo is doing pretty good in the digital music world. Their debut was in October 2021. They do have an album, Making Steak. They are under the label JUICEY. So..here's a little shoutout for making my day a little better when I hear your music. 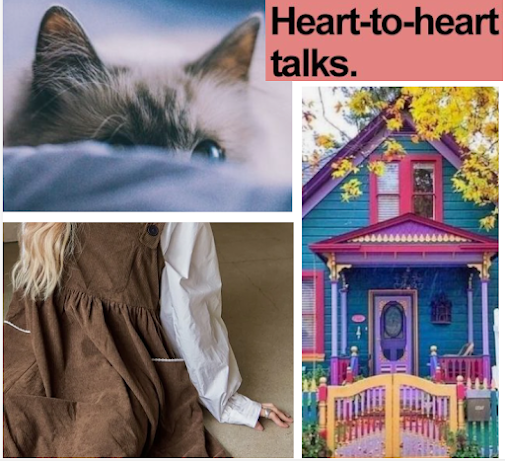 I dunno maybe I know too many friends who love drama. I don't think I do, but I was kind of blue last week with my supervisor. I know we all have different perspectives. And I am certain it had nothing to do with me, after all. She was upset about her stepson's wedding. Her stepson's bride didn't want his step-sister to be in the wedding, but he is such a sweetheart that he wanted her to be in the best men's line. It was a black-and-white wedding and where my supervisor is from they are often married in red so she even had to wear black. Anyway, this week is much better..at work.
And then my friend's cat still won't come home. They can hear her cry at night, but they haven't caught her. They have two live traps and they have caught lots of raccoons and even a skunk along with some other cats in the neighborhood. We talked about when they first got Maizy. Several of her siblings would get inside cars and then got killed on their street so they were hoping to trap as many kittens as they could and take them to the Animal human society. But they only caught Maizy and she soon became family. Of course, the other two cats didn't pay her much mind. It was the old Maine coon who took her in. My friend was telling me it was Archie who taught her how to play. They were such great companions. Anyway, my friend is trying not to be so upset. She and her husband have been combing the forest behind their house. I hope they don't get hurt. Oh, it's dangerous to eat while watching Gaus Electronics. These two are so hilarious together. You just never know what they might pull. I choked on water and ended up having to change my clothes. Somehow he'd sprained her arms while giving her a piggyback ride home when she was kind of drunk. Then of course, he had to take care of her after that happened.
I guess I've been making these all wrong. I've been putting in the cookie dough first then the brownie batter. Well, we eat them anyway.
Posted by ellie at 12:00 AM