A story of life and love that touches upon the oppression experienced by women and the impoverished. 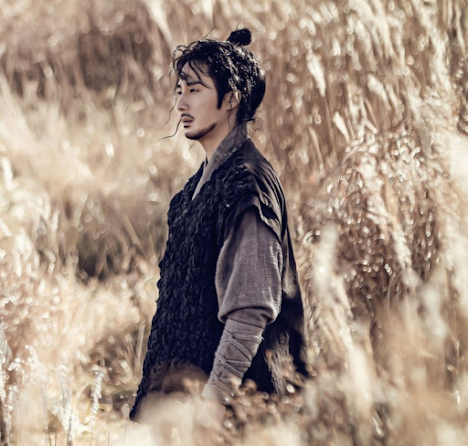 Ba Woo is a degenerate man who gambles, steals, fights, and hides his real identity. To make money, he works by doing Bossam; a customary remarriage procedure that took place during the Joseon period. At that time, a widow could not remarry, so a single man or a widower would kidnap the widow and marry her. Some of the kidnappings were agreed upon in advance and others were by force. While performing a Bossam, Ba Woo mistakenly kidnaps Princess Hwa In, the daughter of King Gwanghae and the daughter-in-law of his enemy Lee Yi Cheom. For a secret political agreement, she married the older brother of a man she loved, but, on the day of her wedding, her husband died. She then became a widow...
This K-drama is only on VIKI. Starring Jung Il Woo, Kwon Yu Ri and Shin Hyun Soo.
Posted by ellie at 12:47 PM