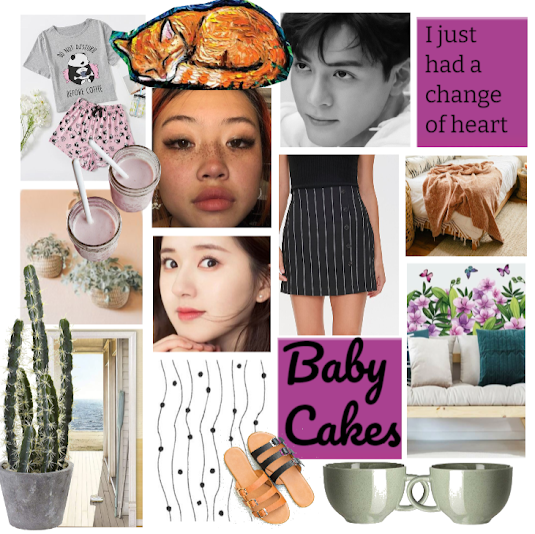 Do you think you are ready for kids?

CAITLIN: Give me a few years and I'll get back to you. I don't think I'm kid-ready. I mean, my friend hope just had a baby but I was a little nervous about being around a baby. It's been a while. I mean, I like little kids, for the most part. (She winces which is almost a wink) Now that I'm really around them so much. But, I like at least talking to them. (she shrugs) Yeah, some day I wouldn't mind having a couple.

DEANO: Of course I want us to have kids. I think Caitlin is getting me ready for that. (he nods)

CAITLIN: (Looks at Deano funny as if she doesn't understand) What are you talking about?

DEANO: I get plenty of chances of taking care of Caitlin. (Dean's smile is open as if he enjoys it very much) I like being here for her. I love her and I hope we have a little girl just like her. (He looks at her and smiles)

CAITLIN: Chances are it wouldn't look like me. (she shrugs as if to ruin his future).

DEANO: Oh, I'm sure she'll be a lot like Caitlin. (Deano smirks)

CAITLIN: What if it's a boy and looks like me? (She eyes him and Deano only laughs.)

DEANO: I'll love it no matter what. (He looks at her and smiles, but she's just looking at him as if she has no intentions of it happening soon).