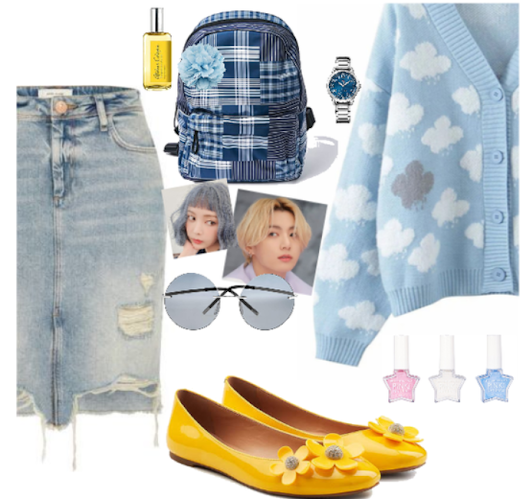 They might have been best friends. Of course, neither Cait nor Lane would admit it. They'd known each other what felt like an awful long time. Actually, they'd worked at the movie theater together.
Naturally, Cait thought she did all the work and Lane did all the socializing. Of course, he was the one who looked like the K-Pop star. But even after cleaning the popcorn machine together and making sure mold never grew in the soda fountain, she knew about his many girlfriends. It seemed he had a steady stream of them.
"I just don't understand it," he said. Cait wanted to laugh at him. Was he serious? He didn't look all that serious. Honestly, she found him to be Mr. Happy-Go-Lucky.
"Well..maybe..you're not supposed to have a girlfriend, right now." She told him he was young. Did he really want all that heavy duty responsibility?
Of course, he told her she was making too much out of it. Which of course, lead to a spat. Yes, they always bickered. He complained a lot, but she was always there to clean up after him and let him deal with the crowd. She was just there to serve popcorn and heat up snacks. They were a team, after all.
"You, just do it," he said one day. It was a dark cloudy day of rain which did not stop the people from coming to the Saturday matinee.
"Do what?" She scowled.
"You handle the cash register. I'll do your job." He snapped.
"What?" She crinkled her nose. "Can you do this job?" She didn't think so.
"Of course, I can."
She nodded. Maybe he didn't think she could handle the crowd. But soon enough she was in mix, taking orders, telling Lane what was needed. But it wasn't long until he had problems with the nachos and the popcorn was getting low.
All the while, some fellow kept coming back to see her. Oh, he was a flirt. But it made Lane in a huff.
"What are you doing!" He yelled.
The flirty fellow looked at Lane, "Is she your girlfriend?" He wanted to know.
Lane gave him a swelled frown. He looked to Cait to fix this.
"Oh, he's just my work husband," she smiled.
Posted by ellie at 12:00 AM