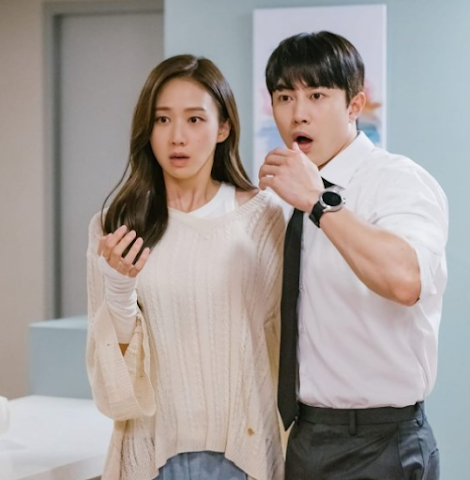 It's kind of like THE OFFICE Korean Style! But better! And Kwak Dong Yeon is better than ever as the most organized and somewhat extraordinary when least expected in this comedy (He's the guy on the right). His facial expressions are priceless. While his character has to work and live next to the bully of his department. Honestly, she needs him but puts him through hell at every turn. She does have a bad temper. These two get in plenty of fixes. While there is newcomer actor Bae Hyun Sung (23 this is the second drama I have seen him in and he really has some fun moments in this comedy) as the chairman's son who thinks he might be top dog, but is tucked away in this department that might never see the light of day. He reminds me so much of Chinese actor Simon Gong and he does play his part well. Everyone seems to owe him something.

It's only 12 episodes of comedy and you get to see all the Korean business customs with dinner outings and they do like to party. Oh, it will keep you in stitches in spite of serious looks. Some really good stories and scripts in this one. Now on VIKI!