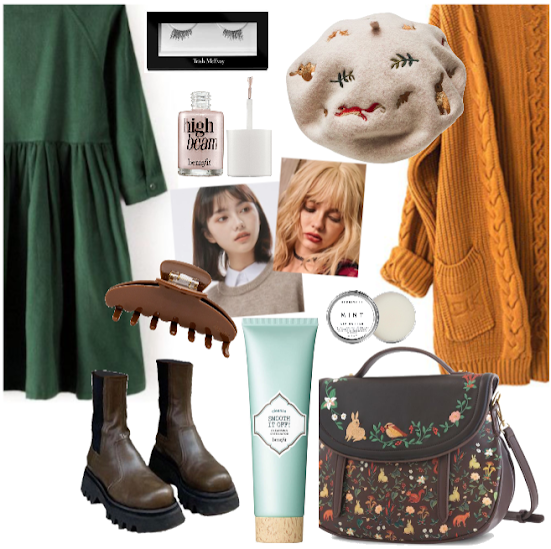 Name: Bridget Age: 20 Good Habits: Um, it's kind of hard to think of any at the moment. I mean, she was my first roommate my first semester. So it was exciting. She had friends. I didn't. She was popular. I wasn't. I mean, really I thought I wouldn't see her at all. And I didn't for the longest time because..well, she was hanging out with her friends. She was so social and cool and I liked the way she dressed. It might have looked cheap to other, but it was so not what I would wear so maybe I felt like I was living with a celebrity or something. I'm just from the heartland and well, we are pretty bland. And I looked all of thirteen so yeah, I was shy. But she got along with me. And when she had problems with her friends she started staying in the dorm more and well I've never lived with a person before. But it was Bridget and well, I guess it's all my fault. Bad Habits: She has a temper. She'd get in girl fights. I really didn't know what it was all about. She liked her liquor. Usually, Snapps or flavored vodkas. I mean, she could drink the whole bottle. Once she got started, she just could not stop and then she would want more. Actually, I could drink more than she could. She was always impressed about that. She said alcohol didn't affect me. I'm pretty sure it did. I mean, gotta wonder about my judgment calls. But yeah, she could be so happy and then not. Her emotions were like a yoyo. It was like the best of times and the worst of times. Seriously, it was all new to me. Sometimes, I look back on it and think of all the good times when I was sure I could be all she needed to lean on, and then she could turn it all around and the name-calling would start and she'd push me around, make me feel it was all my fault that she was the way she is. But she'd had a history, I found out from her brother. She'd spent some time in juvie. She was a runaway. I feel bad about it, but there is only so much I can do. What did you love about the EX? She could be affectionate. There was a time I only thought she was the one who knew me better than anyone else. I mean, we did have some good talks and times. It was like a thrilling adventure that I got my hopes up about. I really thought she could be so sweet and that I was the only one who understood her, and then it would be like she could turn into a monster. I want to blame it on the alcohol, but I feel it was more than that. She didn't want any of her friends to know me. I always had to keep it a secret. What did you hate about the EX? Oh, the screaming got to me. She could make so tense. I felt I was on a guilt trip. Sometimes, I think I didn't mind when she hit me. You know, like I deserved that, but I know that I shouldn't have been that way. I know I should have worked harder at getting the help she needed. But the last draw was when she had a knife and security was called. Really, I didn't think she'd cut me. Just herself. But who knows. Security got there in time. We weren't even roommates then. She'd said she didn't want to be roommates and then she showed up. It was like she was stalking me because I moved out of the dorm we'd been in and I was just getting settled in. I hadn't even met my new roommate. Yeah, that drama queen moment.
I don't think I will ever be with anyone. At least not right now.
How did you meet before this person became your EX? Actually, we met at a summer art festival. That was before I knew how popular she was. She liked the idea we were from the same city and if she needed a ride home from the University then I could take her. I dunno maybe she was manipulative even then. What did the EX do to become THE EX? I would say it was the incident that got her kicked out of the university. She came to my dorm room with a box cutter. I said it was a knife before, but it was just a box cutter. I know I should have ended it long before, but I didn't know how. I guess I was just waiting for her to end it. Would you ever get back together? God no. I have had enough drama to last me a lifetime.
Posted by ellie at 12:00 AM