He was in a boyband! 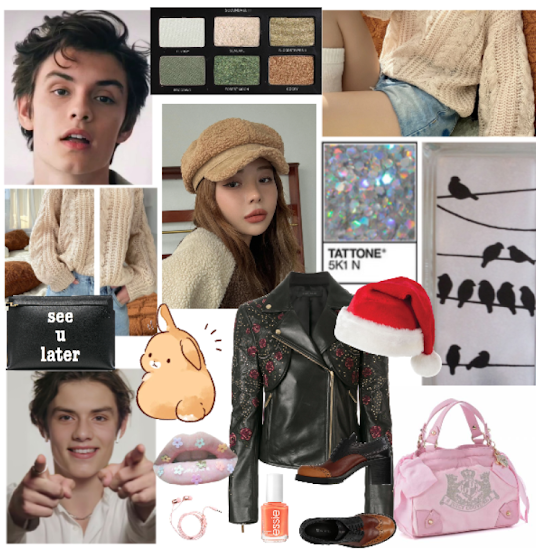 When and where did you meet? Oh, we met at the Downtown Diner where I worked. He was starving. It was the end of the night but I made him a burger. You know, the last call..kind of thing. I found out we were both foreigners. But I had been in the states longer than he had. He was really struggling, being away from home. I don't think he knew how cute he was then. It was back in Brooklyn. We had a nice night of talking and he gave the best hugs. I really hoped he made it in the business. Even if he said he felt he was sweating all the time on stage, Georgie just kept smiling.

How long did you keep in touch? At first, I was certain it was just a one-time thing, but he wanted my phone number and even my e-mail. Sometimes, he would text when he was bored. I learned about his pet tabby Elsie he left behind in London and how he missed his Grammie, and how upset he'd get that he felt he was just a backup singer. He got mixed up with some girl singer, but he told me it was all a lie. It was something his manager asked him to do. Of course, these were little secrets I was not to tell anyone. So we kept this going for a year or more. Finally, when I found out how the band was struggling and finally they survived on a Disney show he was too busy to text.

Where did you meet now? The old diner. Once again. It was a shock. I didn't know he would show up. It was Christmas eve. He told me he was going solo. Um, sure I was a fangirl all over again for him.

He told me he was getting some of the best songwriters from some songwriting show to help him and he'd even get help from contestants. He seemed really optimistic, but then later after we closed I could tell he was really putting on a good face about the situation. He felt he was a thousand miles from home and was happy he could find me in Brooklyn.

"It's just..you feel like home to me," he told me. I wanted to laugh but kept smiling. I want to believe him and maybe I do. It was the best Christmas ever even if there were no presents to open.

Will it last or will it end?

Oh, Georgie's got a new song coming out. I really don't know if he has time for me. It seems his fans like his down-to-earth sound with a very International feel to it. I guess I'll wait and see. Fingers crossed.