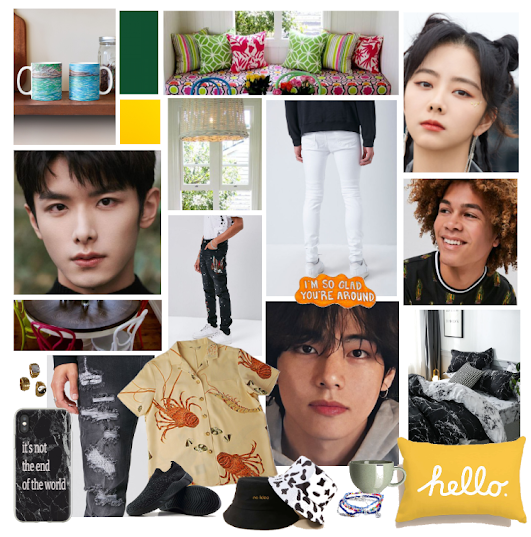 When did you get your first kiss?

ROMAN: Huh, a long time ago. We're talking first grade for sure. (he winces) It was behind the gym. Practically, a movie moment. Or just like on one of those soaps my Mom used to watch. We'd been playing on the steps and the bell rang and we were supposed to go in and she was about to go down the steps, but she was falling and I caught her. Her name was Karrie and she wore ribbons in her French braided hair. It was just the right moment, kind of like a dance moment, you know. ( he smiles) She was in my arms and I was looking down at her. Yeah, it was sweet. KYLE: (sighs at first as he's thinking on this one) Well, I was a Sophomore in high school and I had accidentally been invited to a Sadie Hawkins dance. Well, actually, she asked the guy in front of her in the lunch line but he didn't hear her so I tapped her on the shoulder and said I would go. I must have thought she would have thought it was a joke, but she turned to me and said, sure. We were in History together but didn't really know each other. Her name was Maddie and she was kind of sporty with shorter hair, but not too short. We ended up going with her friends who were already a couple. They started making out in the front seat after the dance. After watching 20 minutes or so, we decided we'd give it a try, and well, I guess we must have found time for a kissing session for at least the next 3 months at school after lunch under the football field bleachers. I guess she was my first girlfriend. Really, it wasn't official or anything. Then one day we decided it was over. WE did our best not to pass each other's path for the longest time. I kind of miss those days with Maddie.
Caitlin&Megan
Posted by ellie at 12:00 AM