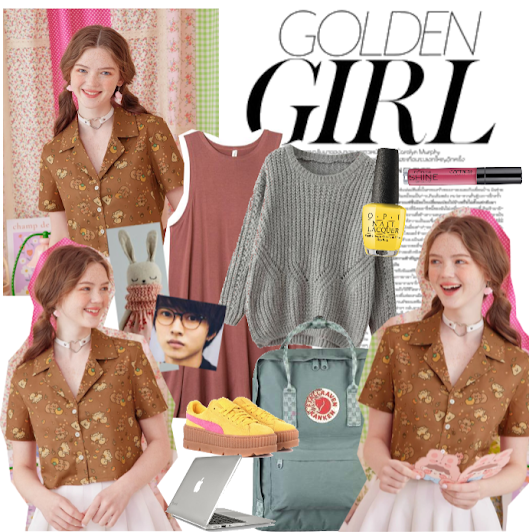 Ruby could hardly wait to get to the University. Oh, she'd planned out her whole fall.  Had read all the classics this summer. Surely she would be ready for literature class.

Of course, having her own dorm room was exciting to think about. But it felt different somehow with a pandemic hopefully on its way out. Her mother was worried, but it didn't keep Ruby from thinking of her future, making good friendships, and hopefully reaching her goals in textiles. Yes, everyone asked about this. Why would you want to major in something so..domesticated?

It was OK if they thought it was a mistake. After all, it was her mistake and she planned to make the most of it. If that wasn't enough, she'd get to meet her pen pal Kenzo who she'd been writing to since her Freshman year in high school.

He liked to make things too. And if her course load could help her get into the design school she needed to hopefully create her own wardrobe one day, then she knew she had a hard road ahead.

Most of her things were thrifted. She'd used most of the yarn in the house for the Granny Square strip which was in her hats and blanket. Oh, and what she'd made for Kenzo's goodie bag. Yes, it was best to be busy and hope for the best.

Ruby didn't waste time in explaining her major. So many big stories she'd heard so far. Her one friend announced she was going to be a lawyer and another said she would be a doctor. Of course, they hadn't even started classes and in their last test posted it was best to go undeclared.