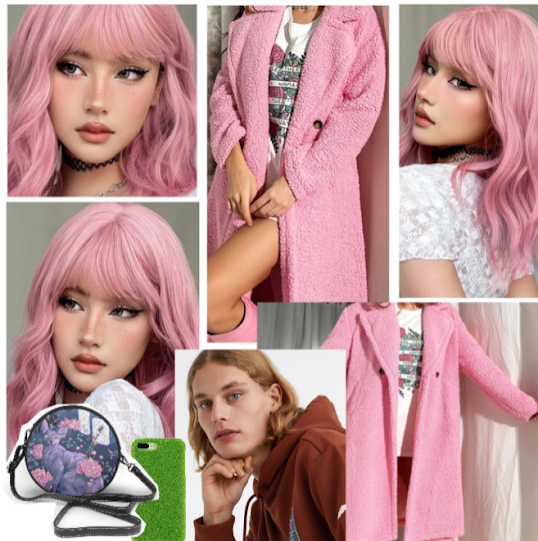 Alice looked as if she was well-seasoned. Maybe even the solo type. Of course, she was looking for love in all the wrong places and it had fallen short a couple of times. Still, she kept her wits about her. She took care of herself. Adored the things she loves. Which meant, everything pink. Yeah, she was a girly girl, all right. Working nine to five all that girl with the career stuff one could manage in their twenties. Oh, it was the urban life. Really, she should have been quite satisfied. Even if her space was small and she lived in a closet..that is her wardrobe was everywhere.

And then she met Sean, a minimalist and a naturalist. Oh, it really wasn't that serious in the beginning. They kept bumping into each other at the nearby Quickie Mart. He bought her box of wine once when she was short on cash and she paid for his bag of tangerines once just so they would be even.

Really, she didn't have time to look at him, but she stopped one day and just stared into those sea-blue eyes.

"What?" he asked as if she must need something.

"Oh, nothing. Nothing at all." Even so, she liked what saw, but no way was she asking him over. Not to her crowded space with so many shoes and other stuff she bought online. But she did find out his last name was Olsen.

She couldn't say what day it was when it happened, but he bought her quick lunch there and they sat down together and talked about the world's problems. Did she feel safe? He gave her a lot to think about. In fact, she had to google him to see if he was for real. Evidently, he'd lived alone in the Alaska outback for a year.

But they kept their dinner dates. Even if it wasn't the most fashionable food. Although, it was cheap.

"I just don't know what you see in me," Alice got the never up to say. "I'm definitely no pioneer girl."

"Oh, you are no Laura Ingalls Wilder," Olsen cracked up. "But I like that about you. I don't think you're fake at all." Even if her hair was and so were her nails. Hell, she couldn't even put lippy on a lip line.

"But I like you." That's when he asked her to come to his place. Oh, it was such an empty space. Naturally, she couldn't wait to help him fill it up. Maybe this time, she would think cozy.