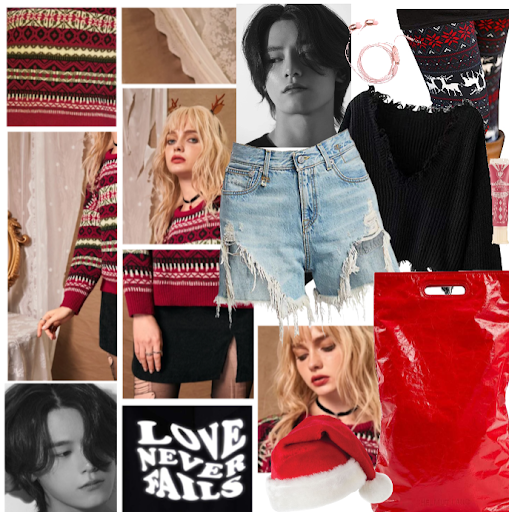 Thanksgiving wasn't even here but Christmas was coming and Delia had a feeling she might be alone. Santos was no Santa.

As much as she was in the mood for the holiday cheer and all the parties that went with it (and there would be plenty of Party Hardy this year to make up for last year!), Santos would have none of it.

Perhaps the pandemic had changed him. Only Delia felt he was in a black-and-white world. Still so pessimistic as if they were endangered species. He was staying in.

"And so should you!" She'd never heard him so demanding.

"But I want to go out," Delia hoped she didn't sound like a fool.

"Just stay home," he told her it wasn't as perfect as she might think. Kids were getting sick and on respirators these days.

"But I'm not going to see anyone with kids, just friends." Weren't they his friends too?

"They haven't seen you in ages," she reminded him that it was what seemed forever since they had seen him last.

"I don't care. I want us both to be safe," he told her. Didn't she understand?

Of course, she did. But she had new outfits to wear. She just wanted to have some fun. What was wrong with that?

"I love you, " he said. "I just want you to be safe." And of course, that meant just staying with him.